The NEAB is not the only entity to call for a referendum. They are backed by the opposition, the United Democratic Party and the National Trades Union Congress of Belize (NTUCB). It is the umbrella union which represents thirteen unions. In an April 5 press release, the NTUCB called on the government to (quote) “immediately halt the initiation of proposed cannabis legislation. We hereby call on the Government of Belize to conduct nationwide consultations to raise awareness and listen to the positions of stakeholders, social partners and the general public. The NTUCB is also calling on the government of Belize to hold a referendum. (end of quote). The NTUCB represents very active unions like the Belize National Teachers Union (BNTU) and the Public Service Union (PSU) and two days after the NTUCB press release, the media was informed that the PSU had not taken a position on the referendum. So we asked NTUCB President Luis Luke Martinez how come the umbrella union got to its position.

Journalist: How many unions is the NTUCB made up of?

Luis Luke Martinez, President, NTUCB: “The NTUCB has 13 unions, Hipolito. I shared. I could share with you how the NTUCB makes its decision. It’s no secret, if that’s what you’re asking. I don’t know where you are going with your question, but any sane person would agree that there is a need for proper consultation on this bill, and I’m not talking from an ethical perspective. In fact, even in our ethics or our morals, even in our press release, we are not heading in that direction. We actually made it final, uh, we made some, I’m not going to say final, but we made contributions to the bill and we submitted that on Monday to the Clerk of the National Assembly, the Chief Business government and the minister responsible for that department, right? Home Affairs and New Growth Industries. So we made this submission to these bodies, so the way the National Trades Union Congress makes its decision is neither here nor there, Hipolito. If we asked for something irrational, anyone could have tried to draw this card.

Journalist: Your press release of April 5 does not only call for national consultations. The NTUCB calls on the government to immediately stop the coming into force of the proposed cannabis legislation. My question for you, out of these 13 members, how many of them supported this press release and this position of the NTUCB?

Luis Luke Martinez, President, NTUCB: “I don’t know what to say to you, Hipolito. The National Trades Union Congress is made up of 13 trade unions. 12 of these unions have the right to vote. To the right? When we make our decisions, we have multiple platforms. We have our WhatsApp platform, our Facebook platform and, of course, our messaging platform and face-to-face meetings. We’ve, well since there’s been some openness, we’ve kind of gone hybrid, hybrid meetings. So we discussed this Hipolito bill. This bill has been around the table for the NTUCB since October and we have a committee that is set up to advise our senator and that is where most of our positions come from, of course. Then these positions are then shared with our general counsel explaining that is, you have NTUCB’s position and then you would pass it on to its members to give their comments or corrections. So we went through that process. 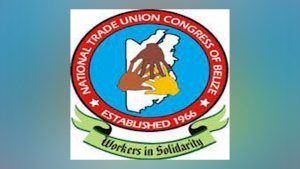